With a large percentage of multiple parent families¹ these days being civil to all involved can be an exercise in restraint, taking the higher road, control of impulses and  using emotional intelligence.

Lesson today: Focus on Positives and being Kind.

Charlie Sheen showed that he can still totally shock people when he took to Twitter during Father’s Day yesterday, targeting ex-wife Denise Richards and branding her ‘the worst mum alive’.

Luckily, Denise was taught to kill such nasty comments with kindness, and responded on her own Twitter in the best way possible.

Charlie, 49, went on something of a vile Twitter rant on Sunday, taking aim at his 44-year-old ex-wife (and the mother of two of his kids, 11-year-old Sam and 10-year-old Lola), writing: “Brooke M is a sexy rok star whom I adore D Richards a heretic washed up piglet Shame pile Happy Father’s Day!!! [sic]”

Brooke M most likely refers to Brooke Mueller, his third ex-wife and the mother of his twin sons Bob and Max, who were once in Denise’s custody.

He wasn’t done there though, continuing on to add: “Cadre: On FD; Father’s Rights! I INSIST we devour the mendacity of these “kidnapping” D Richards “types” & bring justice to “us,”.“

He later seemed to clear up what he was referring to (sort of) in a “open letter to the media,” in which he hints that his anger stems from a conflict over money. Possibly.

The letter starts by saying: “Denise Richards is a shake down piece of s**t doosh phace & worst mom alive!”

The whole Twitlonger is removed along with his other tweets deleted.

Denise Response:
Happy Dad’s Day! @charliesheen have a great trip in Mexico! Kids were disappointed u weren’t here for it- Hey we’ll celebrate when u r back!

However, rather than fighting fire with fire, Denise had THE classiest response to the rant, tweeting simply to wish Charlie a Happy Father’s Day.

She wrote: “Happy Dad’s Day! @charliesheen have a great trip in Mexico! Kids were disappointed u weren’t here for it- Hey we’ll celebrate when u r back!”

Kill them with kindness, babes.

And Happy Fathers Day to all the dads including my own dad Irv! Best dad ever & an amazing Grandpa!

Yup ain’t that the truth https://t.co/5SZyosCvat

She later tweeted another message to all the other amazing dads in the world, before retweeting a Twitter user’s inspirational message about not letting negativity get you down.

Other Twitter users were ready to show the actress a ton of support following her message, with Louise Mensch writing: “classy and classic burn, sis.”

ADVICE: If you cannot control your impulses you should not use Social Media. See first Episode of HBO “Ballers” starring Dwayne Johnson on Sunday nights. Advice he gives to one of the characters who destroys his career with impulse control issues.

Denise Richards teaches us to focus on the Positives and being Kind. You cannot control another but you can CHOOSE to control yourself. As I say, “Another’s person’s chaos is theirs, not yours.” Remain neutral and do not get sucked in.” It is called maintaining your boundaries.

Anger Is An Emotion

You don’t have to be physical abused to be in an unhealthy relationship.

Some relationships are toxic, so unhealthy they can seriously affect one’s self-esteem.

Toxic partners can be very loving and giving at times.

Call Richard Taylor owner and chief facilitator at 678.576.1913 for immediate help and start getting on the right track for better living.

Richard’s one of a kind sense of humor will help you lighten up.

Anger Management is not counseling. It is education based and actually enjoyable.

Attend individually, and/or as a couple.

What Is Anger Management?

Call right now and make a change. Anger does not go away on it’s own as you know. 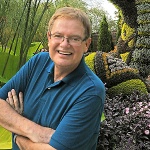